The term 'Stairstep Children' has been around for decades, but it isn't spoken as much as it once was. Let's be honest, if you hear these words, they tend to be from the mouth of a grandmother or a great-grandmother in line at the grocery store. After moving to the Midwest, I was told that I had stairstep children at least a dozen times. This lead me to do what I do best: research. I feel as though most of the people using this term, use it in an affectionate way -- almost as if they are wanting to tell me about their 6 stairstep children they raised. But there are also many times in which the term is followed with, "One was enough for me!" and those are the times that I hate these words!

What Are Stairstep Children?

According to the big world of cyber space, I have combined a few definitions to try and appease the masses here. Stairstep kids are 3 or more siblings born with similar space gaps between their ages. For example, a family with a 6, 4, 2-year old and newborn at home have stairstep kids. Another family with 7, 4, and 1-year olds are also considered to be stairstepped. The term is generally used when referring to siblings 1-2.5 years apart, but I'm going to go with a broader definition to include large age gaps as well. The catch is this: true stairsteppers are not typically planned, but instead, the way the body naturally conceives at the same time after each baby is born. But, again, I'll be a little more liberal and allow this definition to include planned stairstepped siblings that occur when the parents want and not when the body is ready! 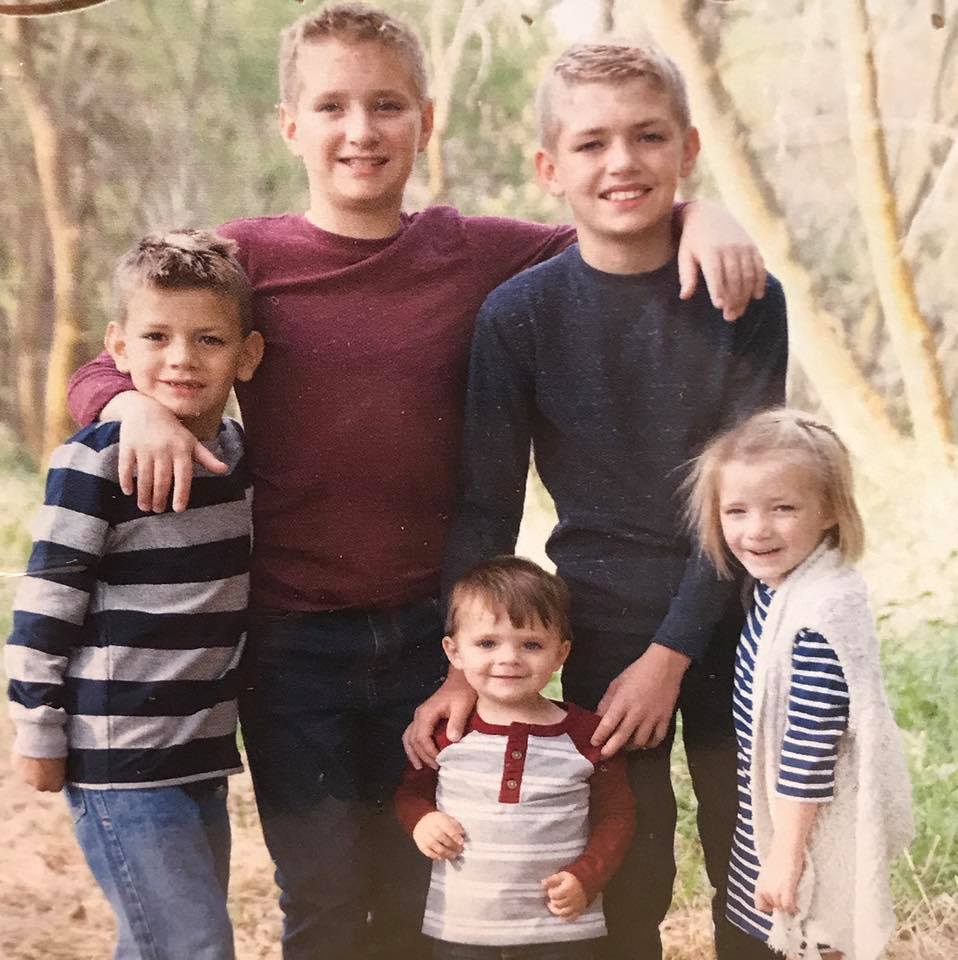 Families with stairstep children generally get asked (or told) many random (and unsolicited) things when out and about with their kids:
Don't you know how babies are made? 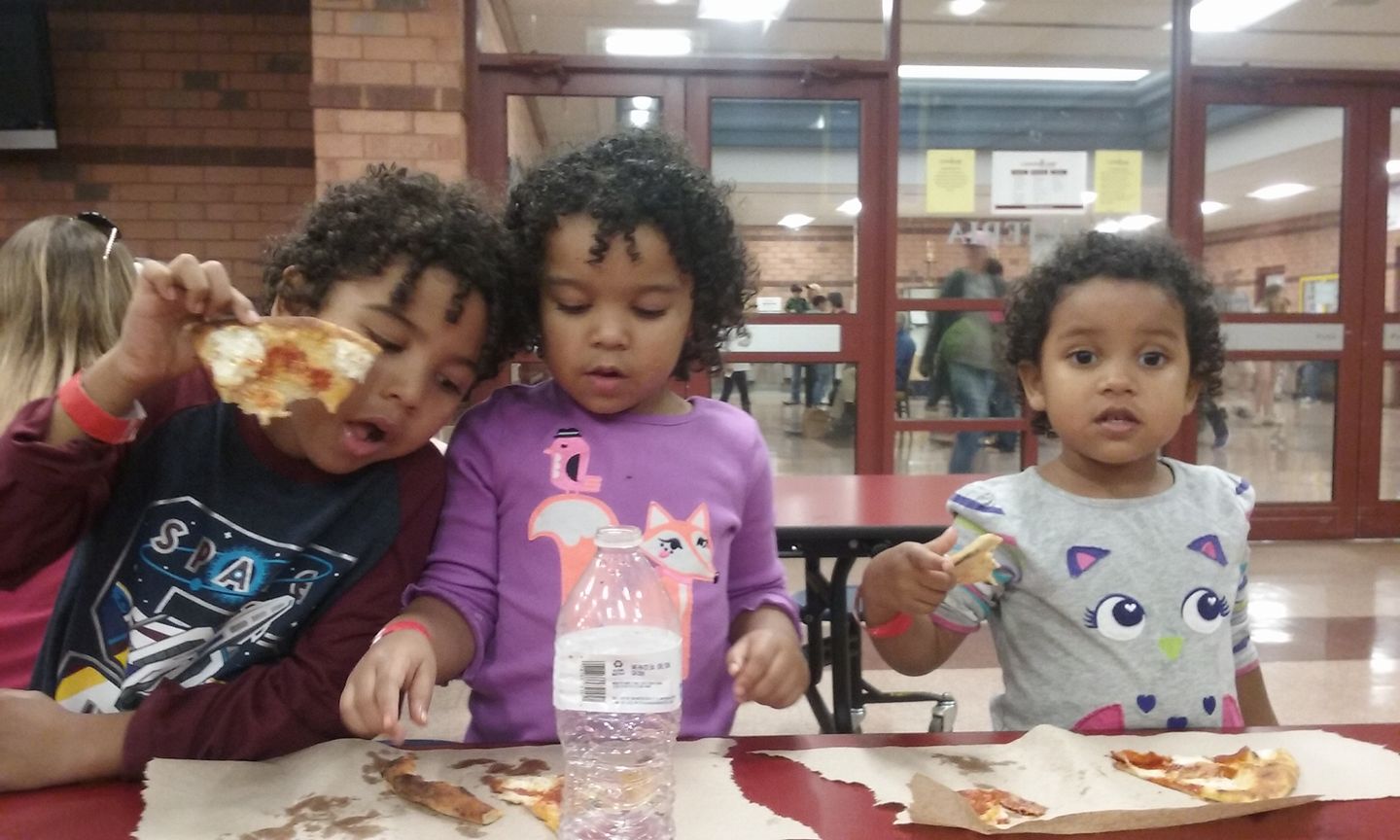 MY! You have your hands full!
I'm tired just looking at you all. 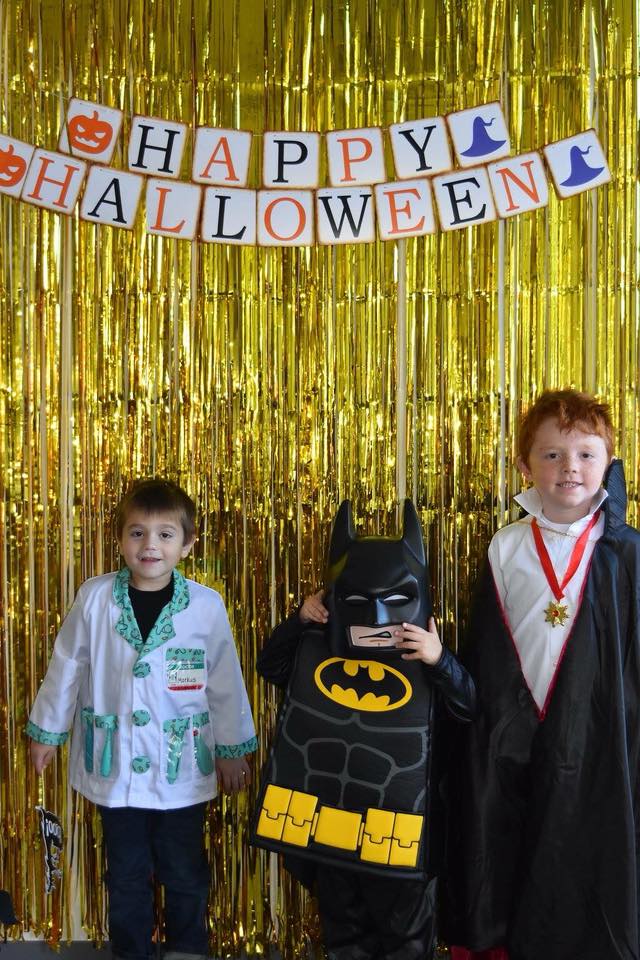 You sure do have a lot of helpers with you today.
Are they all yours? 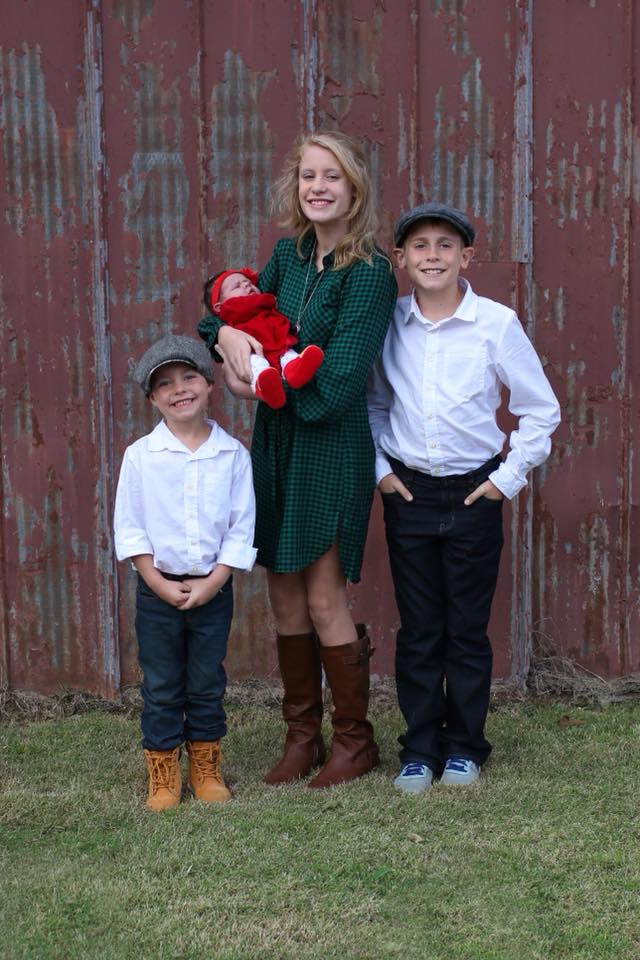 Are those two twins?
Are you done or will you have more? 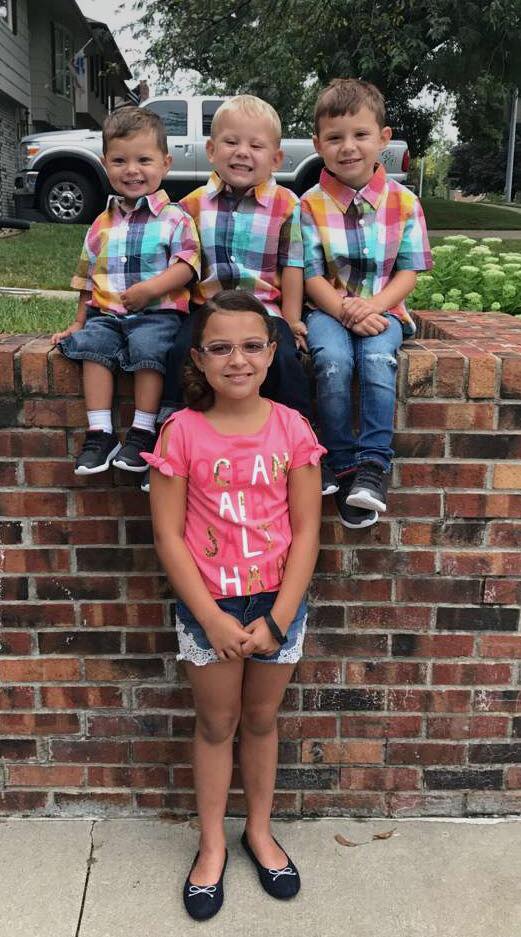 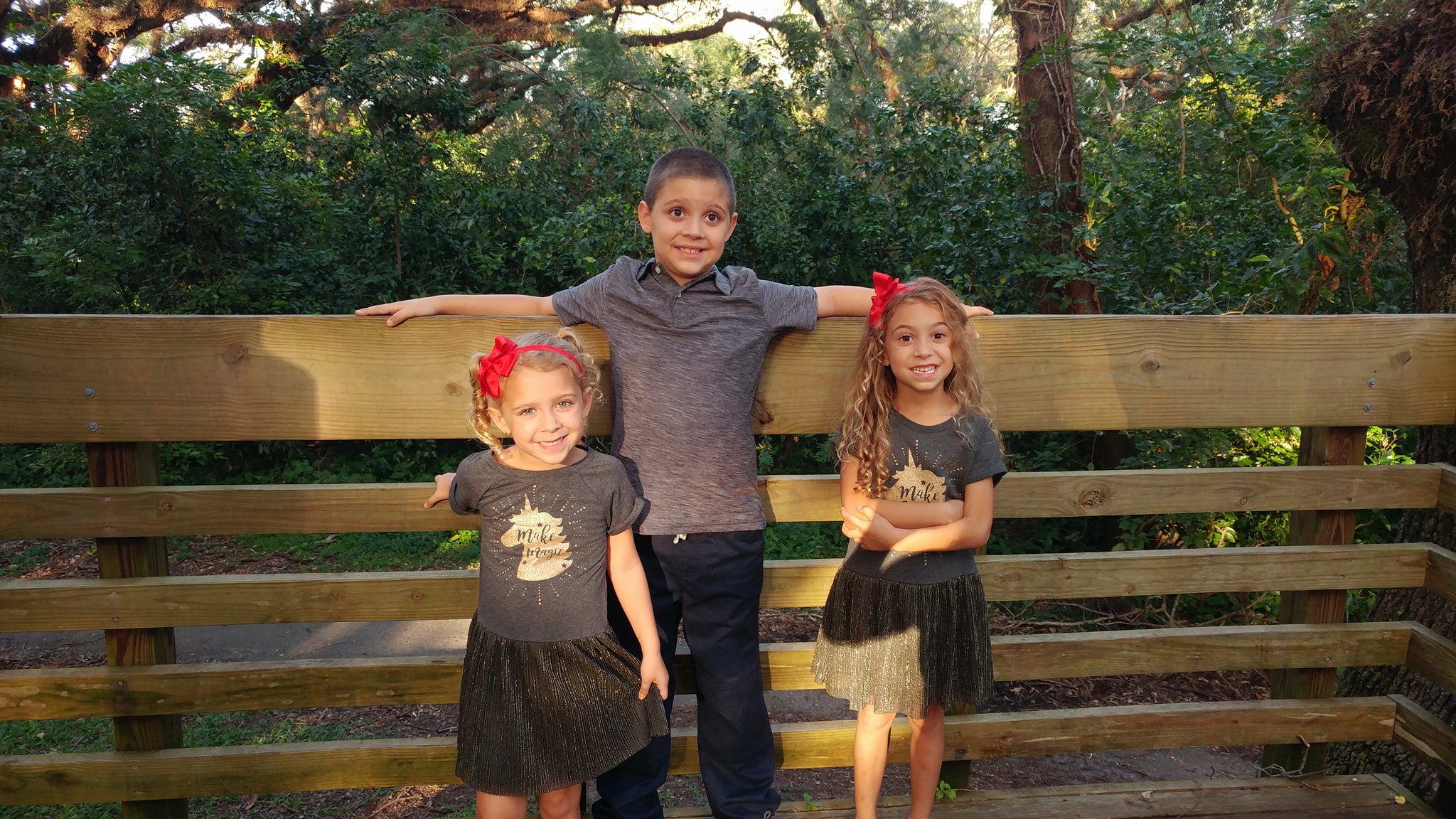 And my favorite... "Better you than me!" 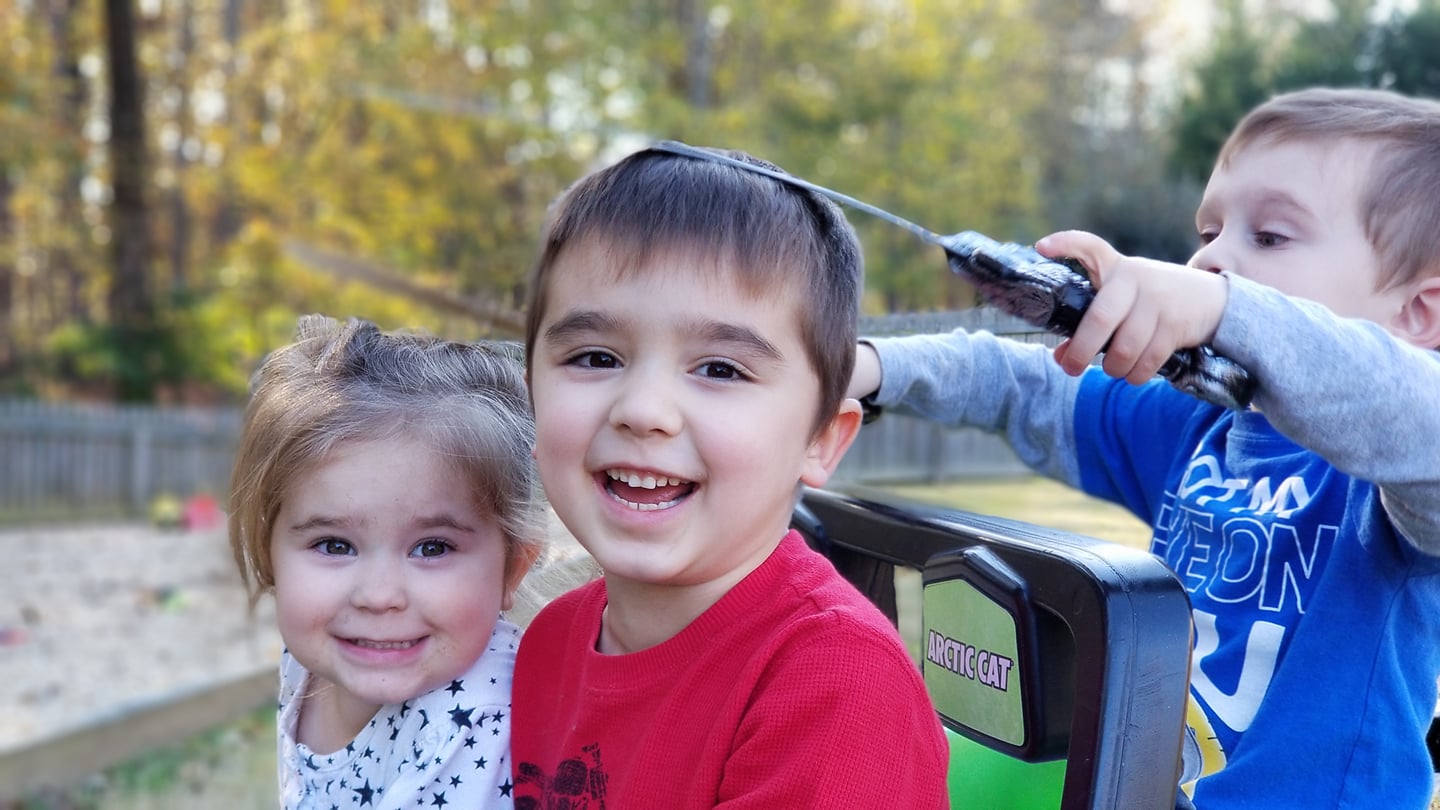 I'll throw this out there, we have five babies ages 10, 8, 6, 4, and 2 years old. Our age gaps were pretty close to exactly 2 years between the first four, and then a very unexpected 17-month age gap with #5. I wouldn't have it any other way, although this last age gap definitely did me in! Our kids are best friends with each other. They spend all day, every day together -- and normally sleep together at night. Sure, they fight, but that's part of life! Having several kids close in age is hard, but it is also worth it, and I guess I'm not alone in feeling this way! There seem to be plenty of us 'stairstep' mamas out there to keep this term alive and well. Now it's up to us to make sure that it is always used in a positive manner because someday we'll be the grandparents who comment on a family in line at the grocery store, and we want our words to only register in a happy way. 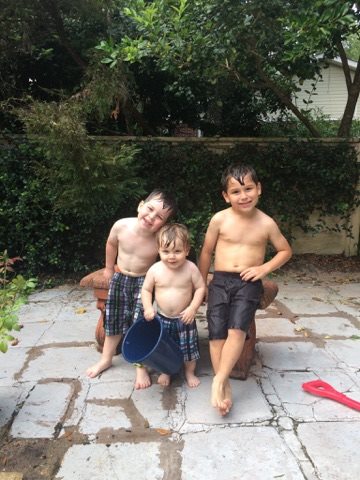