Until puberty, you probably never thought about your uterus. You may not even have known it existed unless you had a great parent or anatomy class! Prepare to be blown away.

The first fun fact is that the vagina is actually INSIDE the body. Can you please help educate the future generations of women and explain to them that the labia (the lips) is what is seen… or use the correct term for the entire area, vulva – not the vagina.

The uterus is a complex muscular organ. It supports the bladder, bowel, pelvic bones and other organs. The uterus holds the bladder above the pubic bone and the bowel behind itself, keeping the two organs separate from each other. It holds intricate parts that work together for more purposes than just dropping an egg, shedding blood, or growing a baby.

While the uterus is amazing, it is also endangered. The second and eighth most frequent surgeries in our country are Cesarean Sections (the cutting of the uterus to remove a baby) and hysterectomies (the removal of the uterus). While a cesarean section leaves the uterus (mostly) intact, it alters it and can do permanent damage.

Digging further into the dangers that are threatening the uterus, research has found that hundreds of toxic chemicals are finding their way into the wombs of women. The uterus is permeable and sensitive to chemicals and toxins. Seeing that our environment has become more toxic than not, as it is full of pollutants, products, and even foods filled with pesticides that are harming our bodies, it's not wonder these chemicals are found within the amniotic fluid of pregnant women and are detectable within the blood of newborns. 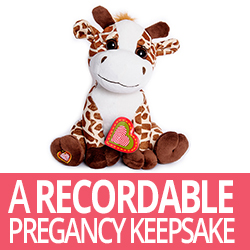 Menstrual blood is rich in stem cells. Stem cells are found to be adaptive within the body to heal a wide variety of diseases. These cells are being researched to treat a wide variety of conditions from stroke, heart disease, Parkinson's, Lou Gehrig's, diabetes, wounds, neurodegenerative diseases and more. According to neuroscience researchers from the University of South Florida, menstrual blood contains stem cells that have the ability to morph into various kinds of other cells. Because they’re “immunologically immature,” in a transplant they’re able to contribute to cell survival. Women create the most abundant free source of stem cells during monthly menstrual flows, which is much more ethical to harvest than from cord blood of newborns or from aborted embryos, yet it is slow to catch on because of cultural taboos still surrounding menstruation. Source

The uterus is the only organ that can grow a whole new organ within it. Not only can it grow another organ (Placenta), but the purpose of this new organ is to sustain a life. The uterus homes the entire area in which a tiny human is created and grown.