If you have been reading our blog for a while now, then you probably saw this gem that I wrote last year about consuming weed during pregnancy. Were you as blown away as I was, or did you already assume that pot was pretty darn safe? I noted toward the end of that article about a 2006 study that involved cannabis aiding in extreme pregnancy morning sickness. Here we are in 2017, and the topic is back on the table. It was assumed that cannabis would only help with hyperemesis gravidarum, a seriously debilitating form of pregnancy sickness that effects 1-2% of women. But, the medical drug can actually calm all pregnancy nausea and vomiting. In the last year, it has come to light that many moms-to-be are finding relief by intaking cannabis.

I’m not here to say, “Find a pot dealer.” There is a specific way to go about it all. I will say that this new information does make sense, and it is worth speaking to a doctor about. In December of 2016, a study was released in the Journal of the American Medical Association stating that nearly 4% of pregnant women between the ages of 18 and 44 reported in 2014 they had used marijuana in the past month, compared with 2.4% in 2002. In another 2014 study that was published in the Hawai’i Journal of Medicine & Public Health, it was found that Hawaiian women with documented severe nausea during pregnancy were significantly more likely to use marijuana during pregnancy than those who did not report severe nausea. In Hawaii, medical marijuana use has been legal since 2000.

There are (of course) downfalls, as marijuana use during pregnancy needs to be studied further. Many doctors believe it can be linked to premature birth, low birth weight, and other possible problems. But these beliefs may be linked to other lifestyle choices women make, like cigarette smoking. There is one finding that may raise eyebrows, as women who smoke marijuana throughout the entire pregnancy – or quit just before full term, have babies born with marijuana in their systems. Yes, the babies have pot in their system. This then falls on whatever the side of the fence you stand on about cannabis.

So many mothers, parents, even medical professionals see nothing wrong with this. But so many others do. Again, there is just so much unknown! But, the use of cannabis during the first trimester to settle severe nausea doesn’t seem to leave anything behind in baby. The jury is still weighing the pros and cons of this consumption timeframe. It seems that women suffering from hyperemesis gravidarum are in dangerous risk levels of possible malnutrition and dehydration, which can be unsafe for the developing fetus. This then raises the question, “Is cannabis a safer option than the medications more often prescribed?”

The most commonly prescribed drug for severe morning sickness is Zofran, which comes with a few (possible) side effects for baby such as cleft palate/lip and heart defects. As cannabis becomes legal in more states throughout our country, the ability to study its possibilities may be a more accepted occurrence. With greater research in the pregnancy and breastfeeding community, marijuana may provide a healthier answer for many mothers suffering from chronic ailments. While it is still not recommended today, marijuana during the first trimester (and throughout pregnancy) seems to be growing in popularity. Is this a trend you can stand behind? 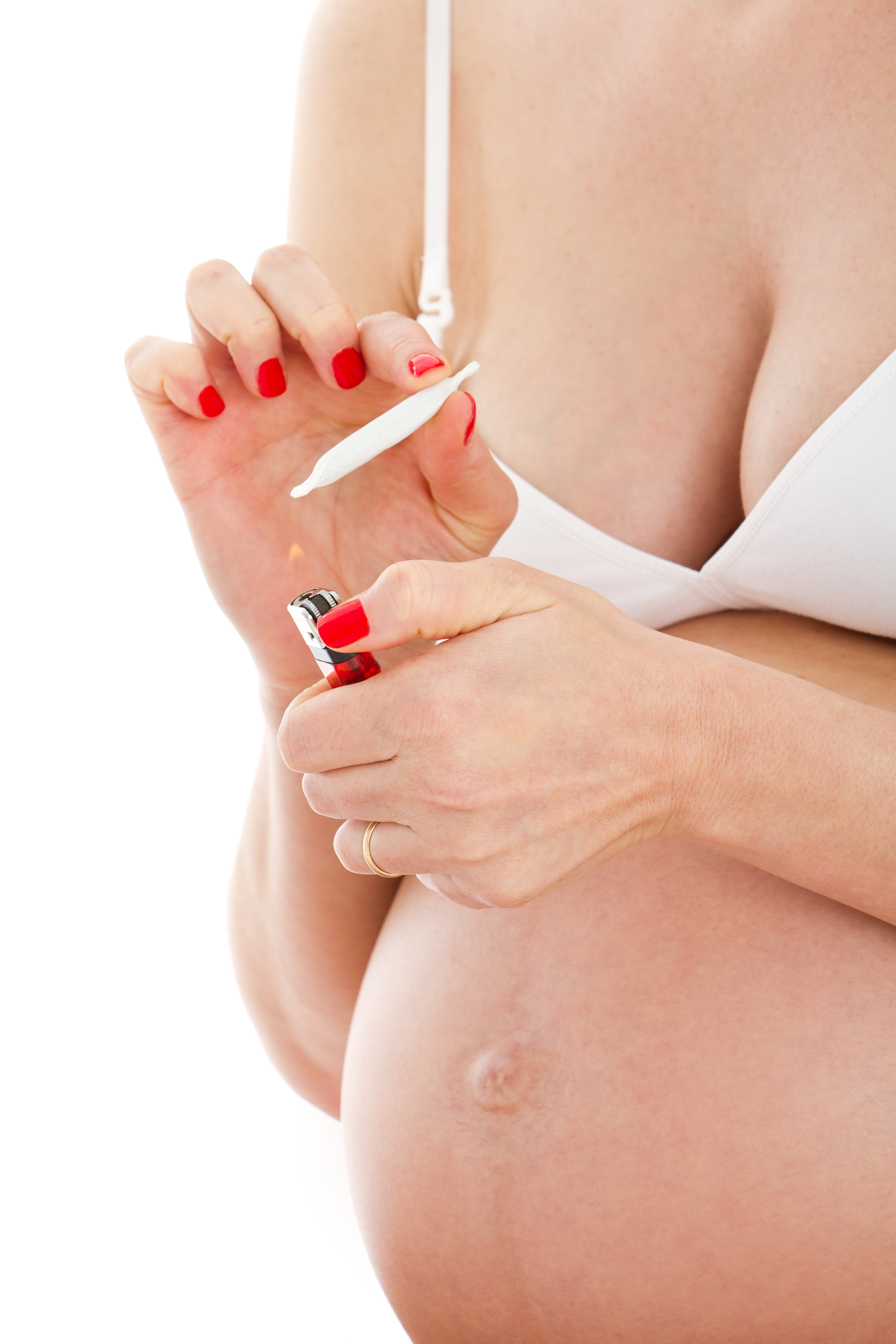